Tasmania is renowned for producing world-class athletes and Scott Bowden is no exception. Here he discusses the challenges of finding balance in sport and across all aspects of his life.
READ POST
June 1, 2019
Words by
Andrew Goyen
Media by
Dominic Anastasio
This article supported by
Domin8 Designs

Let me set the scene.

I'm sitting next to my good mate Scott Bowden, who’s complaining of a sore back whilst inhaling the largest bowl of pasta.

Despite recently finishing a three-hour ride, following a full day at college and an evening gym session, a group of us are sitting here waiting for the start of the London Olympic Games.

As we discuss who's going to win the next event and who we were excited to watch, it was one of the first times I'd noticed Scott's ability to separate life outside of sport.

Little did we all know that four years later, we'd be gathered together again - this time watching Scott compete at the 2016 Rio Olympic games...

Fast forward seven years and I'm driving in the car with the Tassie Athlete co-founder Dominic, who's filming Scott out of the passenger seat window as we relay directions and ideas back and forth.

To the local council workers we may have seemed like his support team in a major tour, however we weren’t in the Pyrenees - just on the foothills of Collinsvale, not far from Hobart.

The rugged, hilly area is a major training ground for Scott and a place he attributes to some of his success.

He waves us down.

“There's a great switchback up ahead boys, a place to really attack the hills,” as we rush ahead to capture him in action.

Scott's been logging miles around here for years and knows every descent, Strava segment and stray dog by name.

As we sit and enjoy a coffee afterwards, Scott thinks back to his early days and reflects on how tricky it was to manage the work loads of both study and training.

“Training up on Mt Wellington in the dark, in the rain and then getting home and staying up late to study, it was really tough."‍

‍"Although I had the aid of coffee, I really wanted to focus on the bike but at the same time I didn’t want to jeopardise school.”

“I was supporting myself financially at this point and studying full-time, whilst chasing my goal to become an elite cyclist.”

Prior to his road cycling ambitions, Scott already had a passion for sport through BMX, cross country running and triathlon.

Following a string of injuries, the mountain bike became the sole focus - where he began chewing up gravel and spraying his opponents with mud on the student-built trails of St Virgil’s College.

Having competed at an international level for many years, including a plethora of frequent flyer miles obtained representing Australia, Scott wanted more.

A transition to the road bike was strengthened by establishing a partnership with Tasmanian construction company Fairbrother and signing with Team Bridgelane, a UCI Continental Team.

This need to constantly challenge himself and his abilities speaks to Scott’s personality.

His humble attitude ties seamlessly with a combative and fearless approach on the bike - both qualities working hand-in-hand to produce a man who is hungry for success.

However those that know Scott, know he is just as eager for a burger and casual beer with his friends as he is a challenging ride 200km ride from Launceston to Hobart.

“A big thing for me is riding on different environments in Tasmania, a short cut down a foot path or riding on country roads - it just adds another element and provides mental stimulation and variety.”‍‍

Scott is a vocal supporter of his love for Tasmania and unlike others, he spends a large proportion of the year based here.

Watching one of your best mates on the big screen at the pinnacle of sport - the Olympic Games - is an awesome experience.

In a way, you've shared the journey with them, and while you haven't clocked the miles, been in the hurt locker or made the same level of sacrifice, you feel like you've been a small part of the highs and lows that contribute.

"Once I realised the Olympics were a realistic goal, I changed a lot of things in my life."

"One gap year sort of rolled into another, I put study on the back burner. In the lead up I was all in, I was very focussed."

"I remember watching the Olympics with the guys in 2012."

"I think that any kid with half an interest in sport would probably want to represent your country at the Olympics, so it was pretty unreal to be there four years later."

“In 2017 after the Olympics - after that high - I got into some really good form, but then I got injured."

"At that time, I really struggled to switch off from it."

“It was a week-or-two injury at a maximum but it continued to snowball.I had all these setbacks which became so frustrating - it was a very hard year mentally.”

"I threw myself into recovery and trying to get it right all day every day, and probably got a bit too intense with it."

"In hindsight, I would've been able to disconnect from cycling - to turn off when I need to.”

“I’ve realised now that balance is what makes me happy; riding, being with mates, reading, being in the outdoors.” 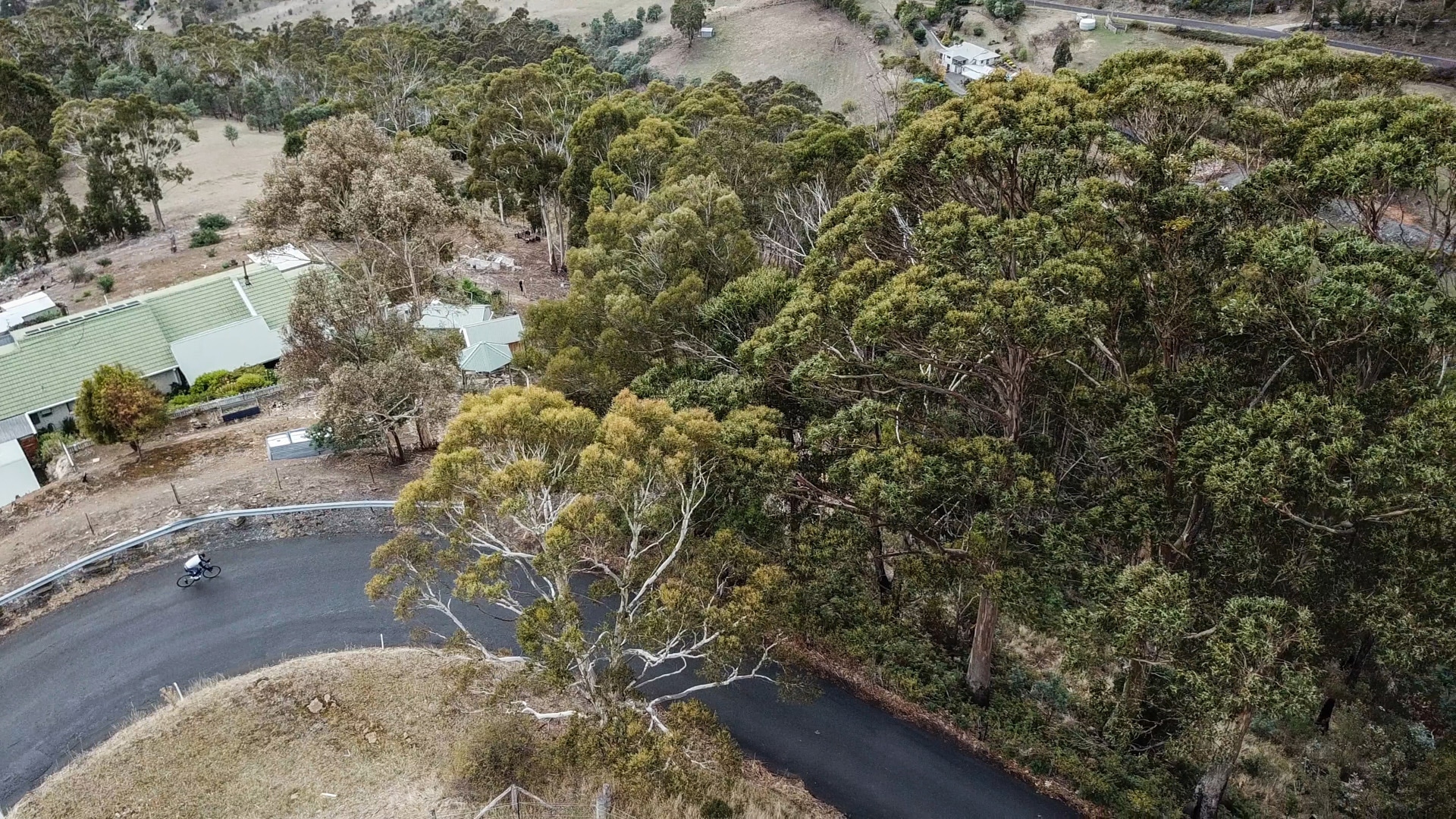 Balance is a concept that can often be lost in the fast paced and competitive world of sport.

Finding balance for Scott has been a long process, so when I asked Scott what balance meant to him, he couldn’t come up with one definitive answer, instead attributing it to three main pillars:‍

1. Don't completely sacrifice the 'other aspects'‍

"When you have goals, particularly lofty ones like representing your country - it's obvious that your priorities have to be skewed in favour of your sport - for me, that's cycling."

"It's about getting that proportion right, and not completely neglecting the things outside of sport that allow you to to get the best of your ability."

"For me I'd still be doing the work - but when you're happy, that's when you perform the best."

"It's so easy for people to say that, but to find what works for you, that's the biggest thing."

2. Do the things that make you happy

This leads into his second point, the notion of identifying things that make you happy and incorporating these into your routine.

"The mental side, the psychology of training, it's almost as much as 90% of sport - particularly with an endurance event - so it's important to find methods to switch off."

Scott lists a few things that he does to switch off from these mental aspects:

"For me, it's doing the things I love - and a big part of that is training hard."

"But I feel an important part of balance is doing what makes me happy - that's hanging out with mates, that's trying to learn a new language or doing a bit of reading in the pit."

"The thing is though, that the balance changes through out the year, there's not a perfect balance or a perfect recipe - it's always changing."

3. Be able to switch off

Scott's final pillar is finding the ability to switch off from the demands of sport and training.

However, this comes in a few different forms...

"Cycling - it's such a hard sport, so you need to be able to switch off from how you feel."

"It comes down to knowing your body. Endurance athletes can become very hyper sensitive to how we feel, which is important, but there are some mornings when you wake up feeling like you've been hit by a truck."

"It's during these times you need to be able switch off and do it again, to train again and get the work done."

"I think the people who succeed are ones who don't overthink it - they just get the work done, but also shut off from it."

"It's about recognising things within yourself. If these people are tired, and beating their head against a brick wall, they have the ability to shut it down without feeling guilty."

"No matter what your sport really, it's so mental and often individual."

"What works for one person may not work for another so it's about discovery - about finding what works for you."

As we finish off our coffee, it's clear to me that there are elements to Scott that are different from our time at school, particularly, his perspective on sport and life.

However a lot things are still the same.

“With every setback you learn something, and I certainly learnt a hell of a lot over the past few years and how to get the best out of myself.”

“When I’m happy socially and emotionally, that flows into the physical side and allows me to perform to a higher standard.”

“As an athlete, you can become so focussed and shut everything else off, that’s not always necessary. When you’re doing all the right things, the performance is just a by-product.”

Despite representing Australia at the Olympics, our conversations are almost never about cycling but about ambitions and ideas beyond sport.

“I have confidence to chase cycling and give that everything for now and when it comes time to hang it up, I’ll have other things to focus on.”

“Hopefully I’m a while off it yet, but I often think of what I will do post cycling and that helps me stay focussed. Becoming a paramedic or joining the fire service are goals.”

“The Tour of Japan is next for me. It's an event that suits myself and the team quite well."

"Hopefully I can go there in top condition and then the Tour of Hungry after that. I'd really like a couple of podiums and hopefully be up there."

“Within the next few years, I'd love to get onto a pro-continental or world-tour team.To get to that next level, sometimes all it takes is one really good performance.”

Despite these ambitions, I know that Scott won't soon forget his roots and where it all began.

“When I’m back home I try and do the local races, it supports the local racing scene and it’s also good training.”

Having known Scott for the best part of the past decade, his ambitious yet humble attitude never fails to reassure me that he is a man on the move.

He’s here to set goals, achieve them and enjoy life along the way.

I want to thank Scott for his insight and wish him the best of luck in Europe and abroad this season.

You can follow along with Scott’s journey at @scottbowden. 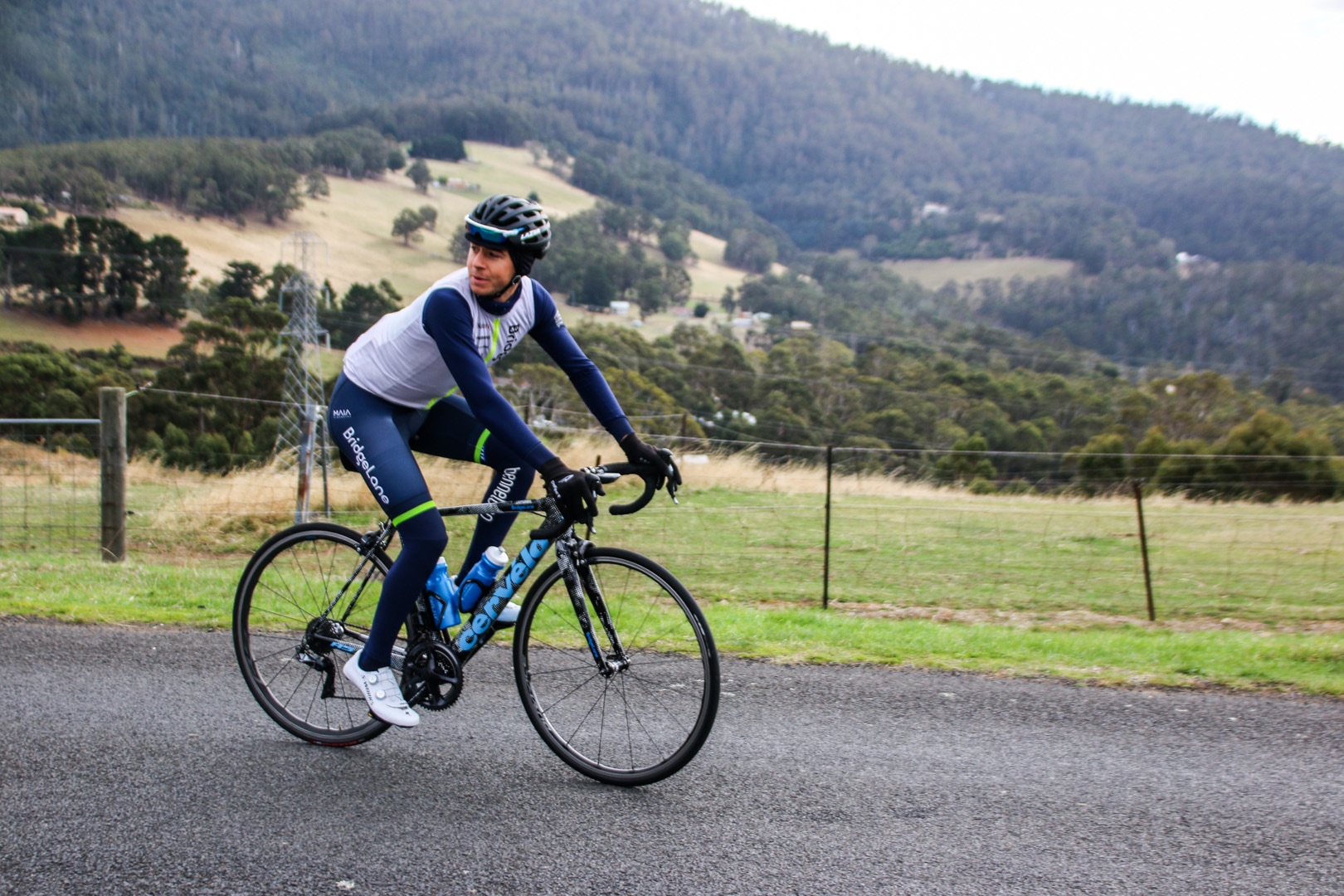 After some time overseas rediscovering her love for the sport, former Hockeyroo and Tasmania's Hockey One captain Amelia Spence shares her experience of moving back home and her love of the state.

A Home Away From Home

With Tasmania tattooed on his chest, distance runner Hugh Nicklason shares his journey on moving overseas in pursuit of wider ambitions.