From my experience, the coldest places in Tasmania are:

As we sit together and chat before her game, Tasmanian Tiger's Hockey One Captain and former Australian representative Amelia Spence agrees.

Having recently shared the highs and lows of moving away from home with Hugh Nicklason, it's fitting to talk with Amelia who recently returned to Tasmania after pursuing her sporting career in Belgium.

Seeking to rediscover her love for the sport following missing out on the 2016 Rio Olympics, Amelia reflects on how being away from home can make you realise your love for it; but how these decisions can also present challenges to overcome.

I first met Amelia at the hockey centre years ago, but I feel she's always been a piece of the furniture out there.

"I always had a bit of an interest in hockey from a young age, but I'm pretty sure I just copied whatever my older sister did. That included picking up a stick and playing in school."

"I did a few other sports while I was younger, but always loved hockey and ended up joining a club here in Hobart."

"I think I love that team aspect. There's a really competitive nature and something unique about having to work as a unit."

Having also previously competed along side Amelia at the athletics track, she had always been a fierce competitor.

"I guess things just went from there, up to the point that when I was 18, I got selected in the AIS and made the move to Perth to pursue that dream."

"I lived in Perth for 4 years and played with the senior Australian women's team across a number of tournaments."

Amelia's international journey started with representing the national U21 side, including eleven appearances for the Hockeyroos. She also competed at the Australian Youth Olympic Festival and played in the 2014 Champions Trophy silver medal winning team.

Despite her upwards trend, Amelia was left out of the team for the 2016 Rio Olympics; leaving her in a place of limbo and contemplating her future in the sport.

"It was a pretty tough time."

"I didn't have any major expectations or anything like that, but much like a lot of athletes out there - it was always an ambition that I'd had all my life."

"I had to be honest with myself and reflecting on that time - missing out was really difficult for me on not only a mental level but emotionally as well."

"With such a gap between Olympic cycles, I just wasn't sure where I wanted to be or what I wanted to do; both with my hockey ambitions and life in general."

"Because of committing to the higher level of sport so young and moving away from home, things really came crashing back down to earth."

"I felt like I needed some time off to evaluate my options. By chance, when I was ready to pick up the stick again, I received an offer to go play for a club in Belgium."

"After a fair bit of consideration, I thought this was a good opportunity to move over there and try to rediscover my love for the sport again."

While the hockey centre here in Tasmania can draw a crowd, I'd always imagined the international hockey scene to be very different.

"Belgium was an amazing experience. Hockey over there is so popular, it’s just such a massive sport."

"It’s a pretty unique experience to play in front of such a big atmosphere and a crowd that has such a love for the sport. Things were going really well and it was also good to get a bit of life experience."

"I originally came back just for a holiday during the off season. When I was here though, I realised how much I actually missed it."

"I think it was how much I missed being close to my family, my friends and also playing with my home club."

"I played two days games while I was here and after that had a chat to the club about my options and their thoughts."

"When you go away, whether it's for sport or a holiday or anything like that - you don’t realise how much you actually miss home until you come back."

"To be honest, I never saw myself living in Tasmania again; but now that I’m back, I love it... it just feels like home." 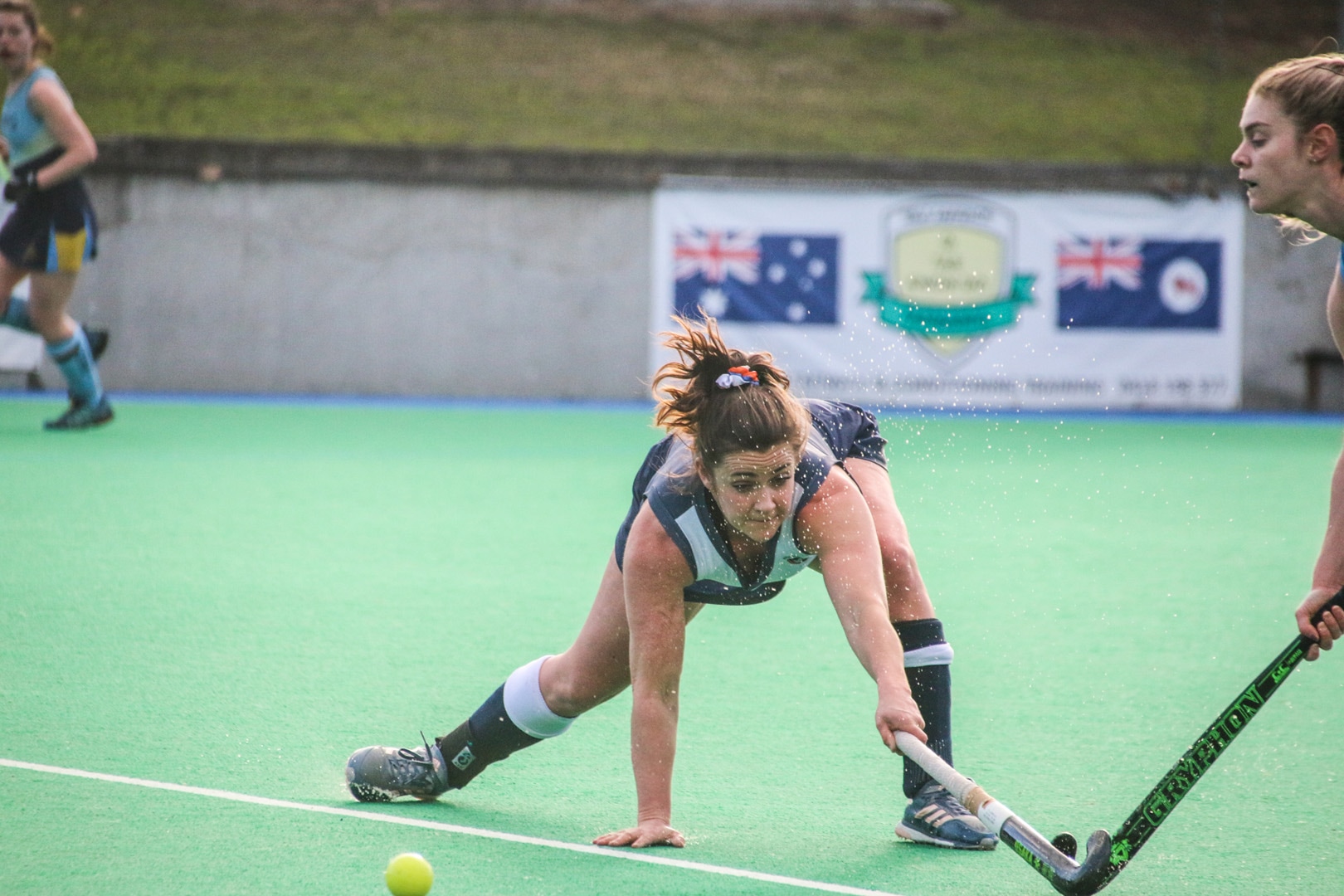 The challenges of moving back home

Having moved house this year, any sort of move is challenging; but I imagine it's more difficult when it's a decision made relatively suddenly.

"Although I was home for a holiday, I'd already signed a contract in Belgium for the next season."

"I wanted to be honest through out the process and with my decision, so figuring that out with the club over there was one of the major hurdles to sort."

"Once the dust had settled around this though, it sunk in that there was a lot more to be done. All my personal belongings were still in Belgium, so I had to get them shipped back here and just a lot of stuff that I didn't really comprehend at the time."

"Even just the normal things like finding a job, finding a place to live - they were all really tough challenges to figure out."

3 things that made moving back home easier:

Despite having to overcome the implications of her decision, Amelia reflects on some certain aspects that made things easier.

1. The support of family and friends

"My family have been great through the whole process, without them things would've been a lot tougher."

"It wasn't a secret that they wanted me to come back home for a while, so when I told them the decision they were really happy."

"I think the main thing, and same as with my friends, was just having a sounding board through the decision process - to ask them questions or get another opinion."

"I also wanted to be there to watch my niece and nephew grow up. I met my partner Kurt and I wanted to start uni, so everything felt right and fell into place for me to stay.

2. Surrounding herself with a good community

"Finding my feet back home was tricky, so even just having people who were willing to lend a hand was great."

"Having the support of a good group people around made the world of difference - particularly the hockey community."

"Everyone down here, especially Derwent Hockey Club, have helped me out in any sort of way that I’ve needed."

"In a weird way, it feels natural to come back and play with people I used to 5-6 years ago and that's really helped me settle back in."

3. Things to do and look forward to

"I think that you can make these bigger decisions, but then question was it the right thing to do?"

"For me personally, having things to look forward to and ambitions to achieve back here at home kept the mind busy. It helped reassure me that this was the right move."

"There’s a fair few younger girls at the club currently, and it’s been great to be able to help mentor them both with their work on and off the field, and help them grow and develop - focussing on this really kept me busy."

What is it about Tasmania?

"It's a funny thing how when you come back, you realised how special Tassie is."

"For me, even just being able to get out into nature over the weekend and not have to drive for hours to get there is special."

"It’s changed a fair bit over the short time I was away. There's a lot of different cafes now and a fair few more things to do."

"With hockey, I don’t think the sport has changed that much while I’ve been away - but that’s something I’m excited to assist with being back here also."

"At the moment we’re trying to introduce a high performance program and place a strong focus on developing the youth coming through. There’s so much youth here, but we don’t really tap into it much."

"For me personally, I'm excited by the rise in women's sport we're seeing here in Australia."

" We've probably thanks to AFL Women's for that, but there’s also the challenges of making sure that the bigger sports don't attract all the best female athletes from the state and dry up the other sports."

"The outcome of all this however is that the media has a real interest in raising the profile of sport in Tasmania, and projects like the Tassie Athlete - it's a real community feel and I'm excited to be a small part of that."

With her Hockey One campaign now over, and seeking some down time before another local hockey season, I can tell it's a time Amelia has been looking forward to; an opportunity to settle in and establish her life again here in Tasmania.

I'm excited for what the future holds for Amelia - not only in her own sporting ambitions but also her role in encouraging and inspiring the next generation of hockey players, who'll learn from her experiences and develop their potential.

On behalf of the Tassie Athlete, thanks for taking the time to chat with us - we're glad to have you back home.

A strong work ethic is often a trait that comes with age. Following a setback in 2019, Tasmanian discus thrower Jackson shares the lessons he has learnt on working hard to achieve his best performances in the throwing cage.

While individual, each arrow contributes to the overall performance for Tasmanian archer Sarah Haywood. In her Tassie Athlete article we share her passion for the sport, love for home and how all athletes can make every shot count.